A Spontaneous Weekend at Golden Ears 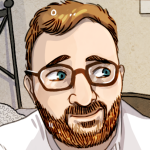 This has been written in a tent, on a phone, at an ungodly hour in the morning, with no cellular reception so I guess this is getting posted some time later, whenever I get around to it. It will go up on a website where other people can read it too! But it’s mainly for you, let’s be real.

To get everyone up to speed, during a game night with Ella & Christian, they proposed a spontaneous lake day and subsequent two-night camping trip appended to the end of a weekend. Or, rather, it was the weekend for Ella, I guess, because being a manager in a department of a grocery store means your hours are a measurable distance from the standard 9-5 structure I participate in. But, in my case, that’s what vacation days are for! I deliberated on spending my two remaining unallocated vacation days in other places, before deciding, no, this is definitely the most fun thing I could be doing with them. And I was right!

So the car was packed and we headed up for some camping at Golden Ears park, at one of their newer walk-in sites in the gold creek area.

There are a few places you can actually go swimming around Alouette Lake. Two of the big ones are South Beach and North Beach. South beach is popular, because:

These are all huge but the last point is a BIG decider (at least for me). As a result, South beach is horrendously packed on summer afternoons, especially so on weekends. For this reason, we wanted to get there generously early.

And so the quest began, as Ella & Christian rolled up to my house with camping gear and a rental at 7am. I was surprisingly awake for the hour; we were packed and headed out very much on time, and when we got to the lake, it was abandoned. I had never seen it so empty. We had our pick of table, which involved picking one that would definitely be in the shade when midday hit so we wouldn’t have to be in the beating sun too much.

Christian set up a nice makeshift tent (blanket fort, pictured) with towels and chairs to hide inside of while the sun was still right on us. The day was gorgeous – the water was perfect, there was a giant unicorn floaty named Sparkles (also pictured), we had a ton of hot dogs and cookies and tinfoil veggies and snacks and other food to eat. We took turns swimming and guarding the stuff; during my stuff-guarding shift I played a bunch of solo games on the picnic table in the sun. It was heavenly.

As the day wrapped up, folks went home, and we had to pack things up. Notably, Sparkles had to go.

Megan, Ella, Christian and I headed over to the campsite to set up our tents before it got too dark. We set up both of my tents – one very large (six feet tall and comfortably sleeps 4 in two separate rooms), and one moderately-sized tent (that sleeps two comfortably, or one very comfortably). The latter has become my personal go-to; a queen mattress fits perfectly, with just enough room at the end for a bag, or other personal belongings. That means it keeps pretty warm at night but is still big enough to feel real big. I set up in here with a comfy pillow, a big warm blanket and my sleeping bag, and I sleep like a rock. It’s hard not to fall asleep right now while writing this.

The campsite is really new – it’s a walk-in site, meaning you don’t park your car directly at the site itself, but it’s really only a one minute walk away – the distance to the car was hilariously short. It didn’t feel like much of a walk-in site at all. On top of that, the site is sort of on top of a big hill, and we’re surrounded on all sides by tons of other campsites. We can look down all around us and survey and see what everyone else is up to. Speaking of, there’s still a lot of people here camping even though we’re on to weeknights now – it’s actually really nice though, having sort of a camping community around.

But first things first – while we set up, we noticed our neighbours scrambling up the nearby hill. We asked them why, and they said there was a place to go swimming in the lake just down the hill, although the climb was pretty steep. Christian and I went to check it out while we still had some light, and it turned out to be a tough climb, and not entirely a safe one. There were some paths, and safety logs, but also some trees with huge roots that just led to a drop, and several sharp cliffs that we had to climb down.

But, we ended up making it, and once we were there, couldn’t help it – just dove in and went for a swim right away as a reward. It was a perfect spot – a tiny private beach, just enough room to set up with a nice log to sit on. We couldn’t tell exactly where we were on the lake but I’ll come back to this later

We had a nice fire, ate, drank, and got some much-needed sleep after our very early morning.

After sleeping in a good amount, getting up around 9:30-10 and having some breakfast, we set up to take things over to North beach and explore around there a bit. This involved ditching our car and hiking in for 1 kilometer, so we tried not to drag too much stuff with us.

We drove for ten minutes up the lake, parked, and hiked for a good while. Once we got there and got set up and started in on our first swim, it became apparent that, hilariously, we could see our campsite.

Okay, so, I guess you can’t really see it. But we could see the beach down the hill from where our campsite was. If you check the map above and zoom in a bit, you’ll notice our campsite, and just above it, a river, and then a long beach on the opposite side – that’s North beach. To make sure, we swam across and examined the beach, and it totally was where we had gone swimming the night before.

The afternoon was lovely – we had a nice spot picked out under some trees on a nice log. I set up and did a lot of reading of my old Tremulus books and continued writing an old horror RPG adventure I’d been planning some years ago. It was really nice to get back into it – I missed playing around in that system and was excited to get back in and do more. We also had my music on the whole time and Ella actually stopped halfway through the day and said “Adam, your music is so good.” and that made me feel real nice.

Megan had to leave partway through the beach time, as she had some chores to take care of at home – namely, look after some cats. Apparently Megan has a volunteering gig where she helps look after dozens of unadoptable (for one reason or another – health, temperament, etc) cats, and it really sounded like heaven on earth for you, as she described all the multitudes of cat friends she made during her time there.

So, she headed back, and planned to return that evening to stay another night. After a bunch more swimming and relaxing, we packed up at the beach and headed back to the campsite. Beaner & Claire showed up shortly after, and we made a roaring fire, had dinner, drinks, absinthe, …mistaken amounts of absinthe, and smores and shmallows. Christian and I decided late-night that we wanted a night swim. Claire agreed to keep the fire going for us, so we strapped on headlamps and hiking shoes and went back to make the climb down to the secret beach.

During the climb we passed by a site with a couple having some real loud sex. Just real loud and shameless. I was impressed – both by that, and that on our return, Claire said they had kept it going for an hour.

The night swim was wonderful – water not super cold, great view of the stars, no bright moon to get in the way, mountains dark and looming up all over us. We stayed there swimming and talking for an hour, which I think left me colder than I’d realized. After we got back up, we warmed up by the fire, changed and slept. I didn’t end up kicking off my warm blanket in my sleep that night!

I woke up to the sound of Beaner and Claire leaving at around 9 in the morning. We got up, had a good breakfast, and packed up the tents and gear into the cars. We then headed back down to south beach for a few more hours of lake time before the drive home. We set up on a picnic table and played Indian Summer, a great little tetromino board game, and then went for as much swimming as we could before we had to depart. During the swim, a child waddled up and asked if they could “use our boat” which Christian realized meant they wanted to try out one of the floaty mattresses we’d blown up. They tried it out and were then immediately terrified by how tippy it was. We drove home around 4, and had just enough time to grab some McDonald’s drive thru on the way to my place to unload all my gear, and me with it.

It was a bit of a short trip, almost akin to a regular weekend excursion, but it was really well timed – after my honeymoon I had been missing the comfort of the pacific northwest outdoors and this really scratched the itch for me. I was however very excited to get home quick so I could spend time with you, in our home and comfy bed.

(Again – this is written for the wife, if you’re not her, this is clearly not about you, so uh, just don’t want it to be all weird or whatever. You’re pretty great too, though. <3 )